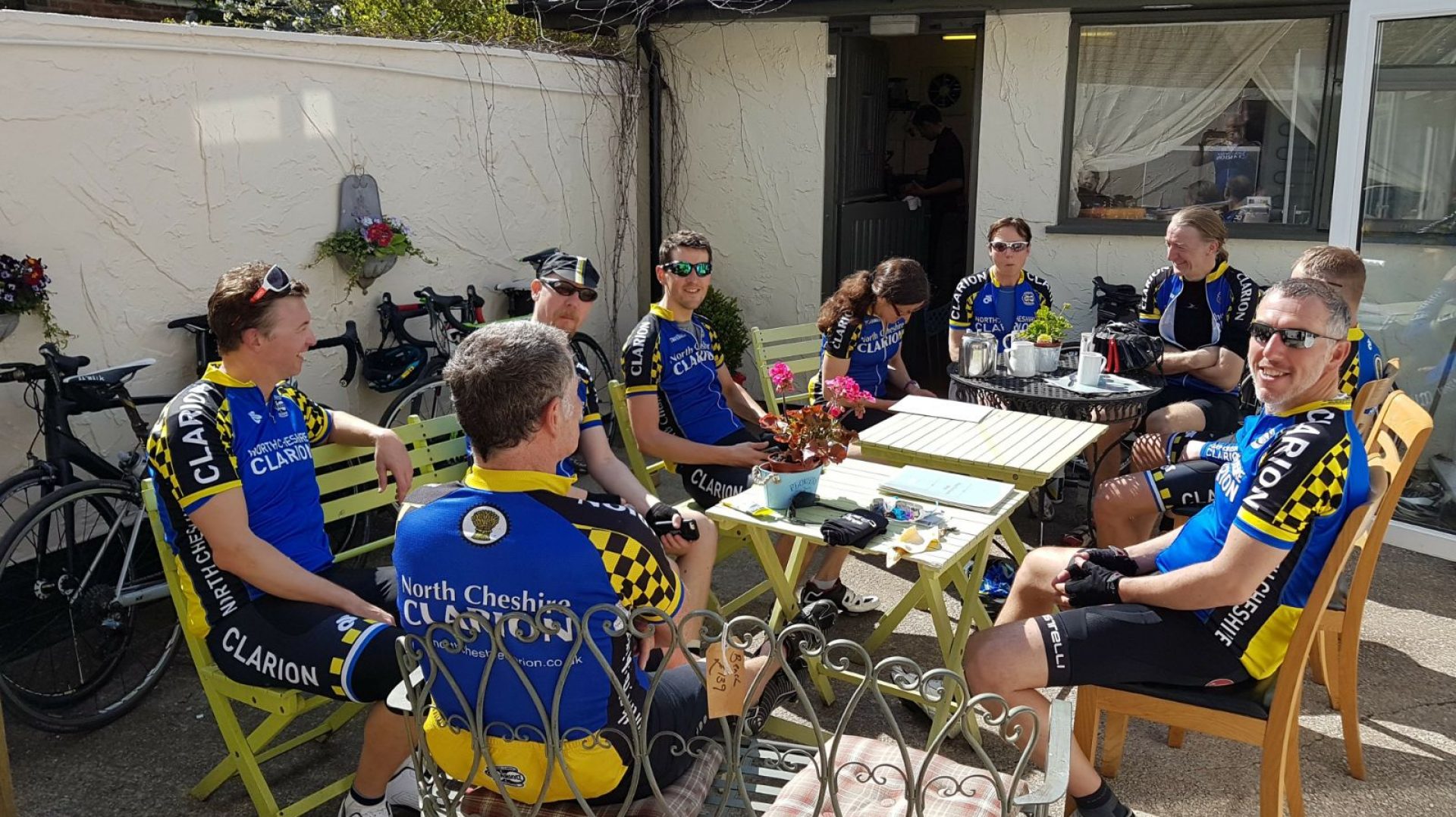 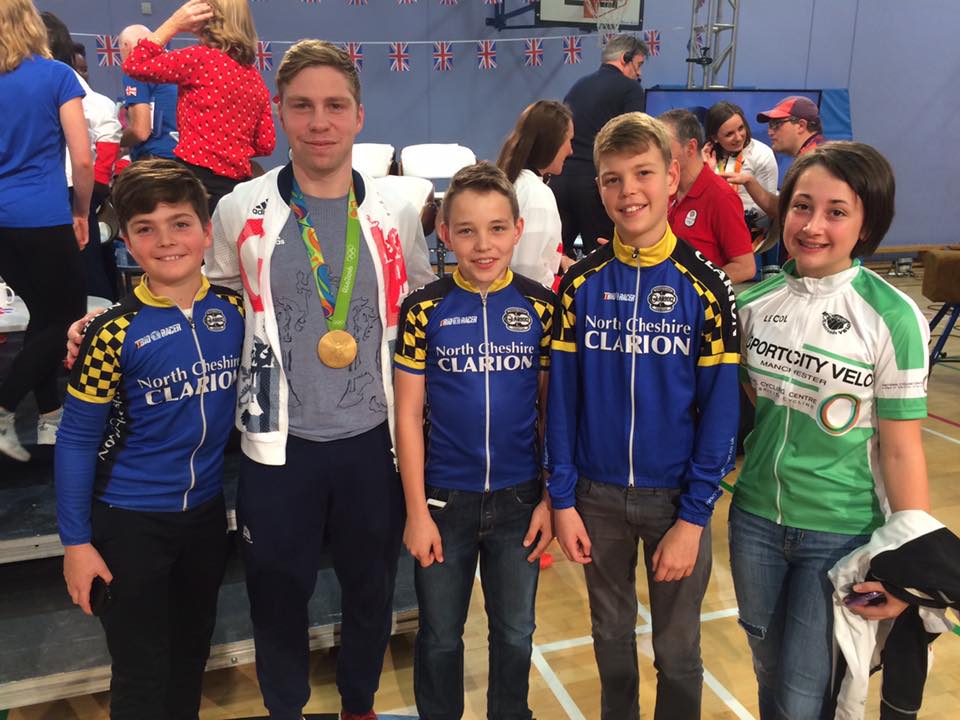 Representatives of North Cheshire Clarion Juniors, a Warrington-Based British Cycling Go-Ride club, were invited to a live question and answer show with Olympic and Paralympic medallists.

The ‘Celebrating Rio 2016’ Victoria Derbyshire Show, filmed at MediaCity, coincided with the Games celebration parade in Manchester on the 17th of October, and was attended by dozens of our Rio sporting heroes, including cycling stars Philip Hindes, Dame Sarah Storey and Kadeena Cox.

The young riders; Mel Boylin (14), Lachlan Hacker (13), Adam McClorey (13) and Euan Hacker (11) were entralled by the stories of grit, determination, setbacks and team spirit the medallists shared with the audience.

After the show the youngsters had the once in a lifetime opportunity to mingle and speak with the medallists and were even allowed to borrow their medals for a short time. They were particularly inspired by their conversations with gold medal winning cyclist Philip Hindes, two times gold medallist boxer Nicola Adams and hockey player Sophie Bray, a member of the winning hockey team.

This amazing opportunity has truly inspired the young cyclists to continue to train and work hard.

My day started around 5am when I got up to go to Salford. We arrived at the Oasis Academy in Media City. We were then later all called in to rehearse the show. Then at 9am the live show started, I got to hold and wear an Olympic medal. Over the next two hours lots of questions were asked to the athletes. At the end of the show I got lots of pictures with people like Nicola Adams, Lutalo Muhammad, Philip Hindes, Sarah Storey, Paul Bennett and spoke to many others. It was really interesting to see a show live and see what it was actually like. It was a really great experience and I really enjoyed it.