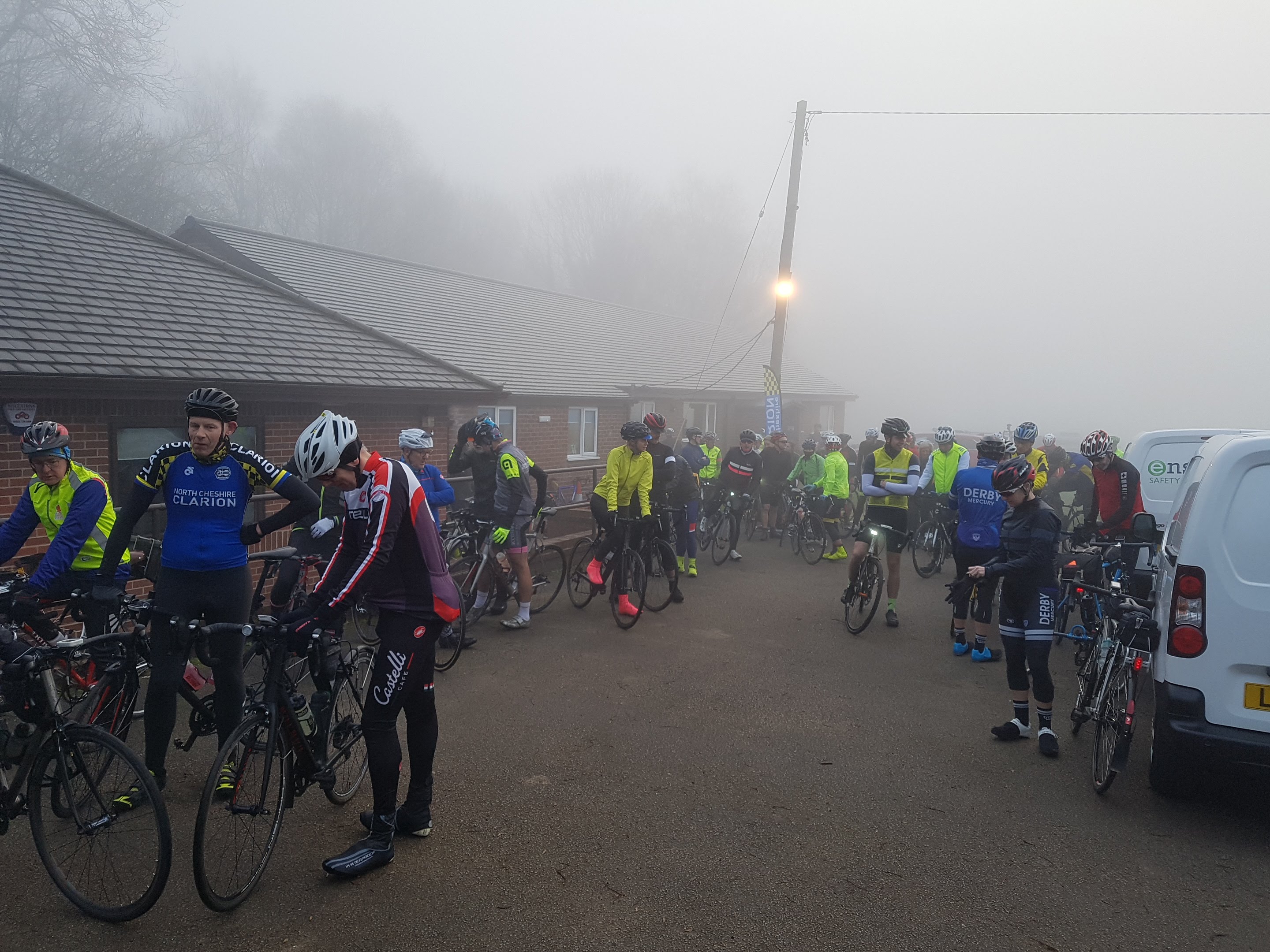 The Mere audax rides took place on 24th February 2019, and with this being a PBP year (Paris Brest Paris 1200km Audax) the events were over-subscribed with people trying to get in an early qualifier.

There were two distances again; the longer MERE 200 at 8:00am which passses some of the many Meres of Cheshire and Shropshire. Initially out through DelaMERE, before heading south through Bunbury for the chance of an early coffee then on to the Southerly point of ellesMERE, where you then turn North past ColeMERE , through Audlem for the chance of another great cafe and on The Raven in Prees Heath for the chance of a belly buster breakfast for the brave!. It then continues up to Prestbury before heading West through MERE back to Whitley , for some hot food and drink and cakes, dont forget the cakes, all included in the entry fee!

160km The MERE century which started at 8:30am and mostly follows the longer route, until you cut back after Haslington, nr Crewe through Northwich and past Budworth MERE.

The event had a cool foggy start, with the fog not lifting properly til lunchtime, giving way to a beautiful sunny afternoon. Although the clear skies meant a cold evening for the “full value” riders!

When all the entrants the organisers had a quick clear up before a ride out to the cafe in Bunbury and back, before sorting out the food for the returning riders and checking the completed Brevet cards ready to be sent off for validation.